Long gone are the days when laughing children and happy adults were enjoying summer days at the bathing box near the East Pier on Garinish Island. On the right photograph from 1912 later owner Roland Bryce is sitting on the first step of the wooden ladder, his sister Margery (middle of the ladder) is looking into the camera. She became an actress who mainly performed in London. Recently a nice photograph with her portait was published and is being sold as a notecard (click).

Now the bathing box is a deserted and dark spot reminding of times past when the island was loved and tendered by it`s gardeners and owners. 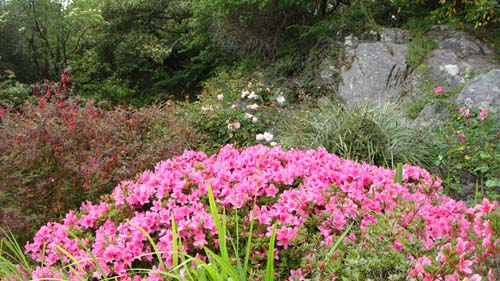 Around some paths though there is a magnificent display of colours. 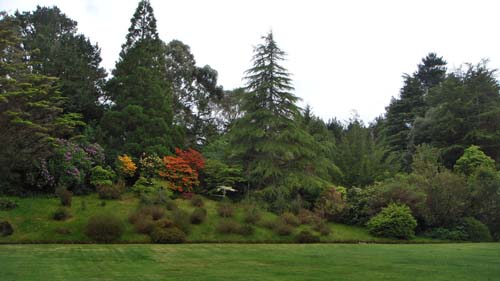 Even when the sky is grey the azaleas can be admired from far away. Some are highly fragrant and attract amazed visitors like hungry bees…