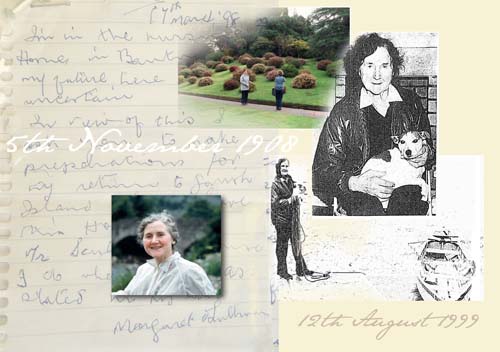 Maggie O’Sullivan (right photograph in the header above) was the last permanent inhabitant of Garinish Island. She was the Bryce’s housemaid since the early twenties and “cooked tea for all Irish presidents except one” and had been living in the so called Gardener’s cottage together with Roland Bryce and later with the head gardener Murdo Mackenzie. She was born in November 1908 and died in Bantryview Private Nursing Home in August of 1999.